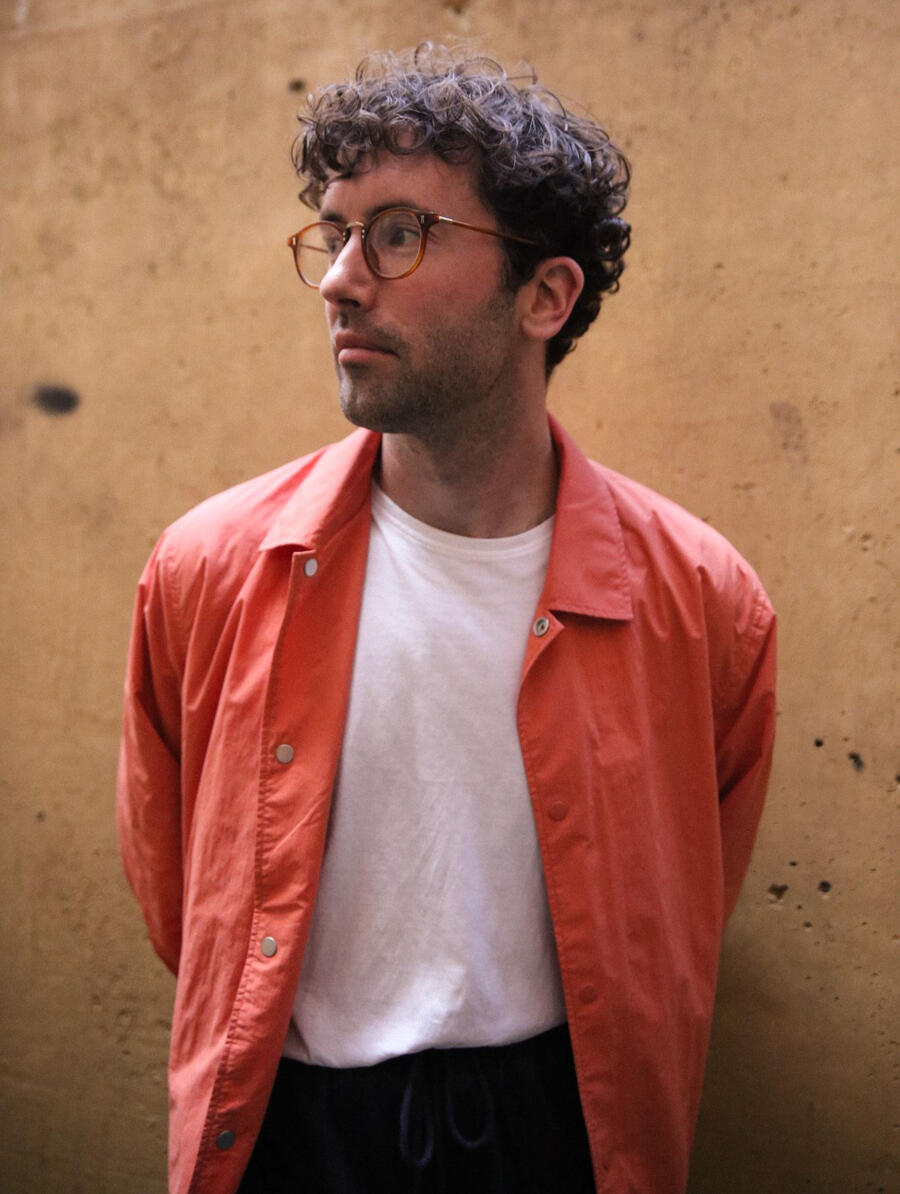 Irish-born // London based guitar folk-pop artist Brian Grogan is set to release his new single ‘A Family’ on February 10th 2023 through Emubands. The song is inspired by the question many of us ask ourselves: should I bring a child into this world?The acoustic guitar jumps in and continues with playful chords throughout with a slowly building, simple rhythm accompanying him as he spins his tale. Reminiscent songwriting of Henry Jamison, and touches of Bon Iver. Evidence of Brian's well-crafted songwriting is plain to see.The verses navigate through the potential complications of raising a child, ‘’I mean, you seem so bored, I know I could give you more with a family’’, Brian explores his inner struggle, weighing up the pros and cons.It’s a difficult topic to discuss but Brian brings his trademark approach to songwriting with a touch of humour where he suggests getting a dog first, with the final verse lyrics: ‘’And if the dog survives, and we're done with our independent lives, we've lived together for a while, maybe we could try for a family.’’ The heartwarming song then ends with the encapsulating melody of the chorus.The Islington based, Irish rooted singer has been exploring the London music scene for several years, finding and working with the best talent the city has to offer. These musicians have come together to collaborate on a new record with fellow countryman Fiachra Mac Oriechtai (Fjokra, Lazy Habits) producing over the past year. They have assembled a bunch of material, that he will be unveiling single by single in 2023.Multi-instrumentalist Grogan was brought up on Irish folk music from his Grandfather Frank who would later give him a hand me down fiddle to play for himself. From there he has turned his hand to several other instruments, playing guitar, bass, piano and even drums for a number of musical projects and discovering a love for iconic rock bands such as Red Hot Chilli Peppers.It was 12 years ago, playing drums for Belfast-based band Maguire and I, when he realised his true passion lies in writing and performing original material. Encouraged by the main songwriter of the project Andy Good, Brian decided to pick up the pen for himself, moving to London to start his journey as a solo recording artist.It was in the thick of the London music scene where Brian truly began to develop his craft. He made it his mission to learn every song from the discography of John Mayer to improve his guitar playing, but more was learnt from collaborating with the great musicians that he would meet whilst performing at every open mic he could find out about.You would struggle to find a musician as hard working as Brian, with him performing regular events from Sofar Sounds shows through to the Ruby Sessions in Dublin.You can catch Brian Grogan at his upcoming show:The Dalston, Victoria, February 10th 2023